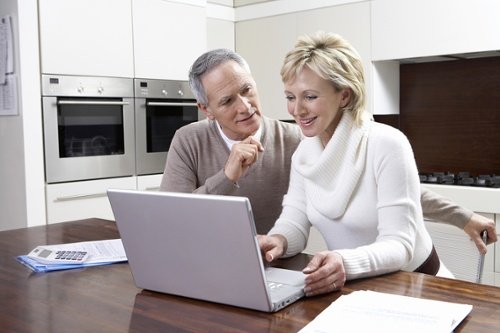 What’s the most effective way to woo baby boomers with your marketing? The answer may surprise those who hold on to old marketing stereotypes.

Baby boomers are a prime target audience for marketing. Their number in the U.S. is estimated to be 75+ million. Aside from the sheer size of the boomer population, they are also affluent. Some estimates have them controlling 70% of the disposable income in the U.S.

Also, boomers are tech savvy. They are heavy consumers of television programming, and they spend as much or more time online. In an unpublished study of 1000 Boomers, the DMN3 Institute found the following percentage of respondents spending each time period watching TV and using the Internet. 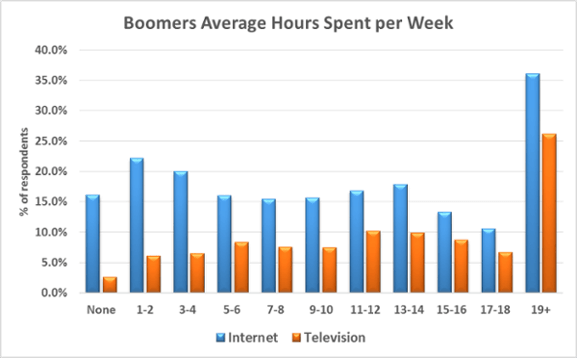 In the DMN3 Study, the top three online activities of Boomers are

The 3 Most Effective Boomer Marketing Channels

So which marketing channels are the most effective to reach baby boomers? If we define “effective” by the popularity of each channel, the answer is

While print-based direct marketing channels are frequently used to target Boomers, respondents to the DMN3 study spend little time engaging with direct mail and brochures/catalog. These print materials, along with radio, are unlikely to get Boomers to move online to learn more.

The Best Offline Channel for Marketing to Baby Boomers

The DMN3 study found that television was the most significant influence in getting leading edge boomers and trailing edge boomers to search online for information. Television was significantly better for prompting boomers to search online than any other source, including friends and spouse/significant other. Other studies have found that television advertising is the ad channel with the largest purchase influence.

The Best Online Channel for Marketing to Baby Boomers

For online marketing, there is no more effective channel than search engines. When respondents in the DMN3 study were asked about actions taken as a result of doing online activities, the results speak for themselves. Search dramatically outperforms social media and viewing online videos in getting Boomers to take actions, including making a purchase. This can be seen in the following chart. 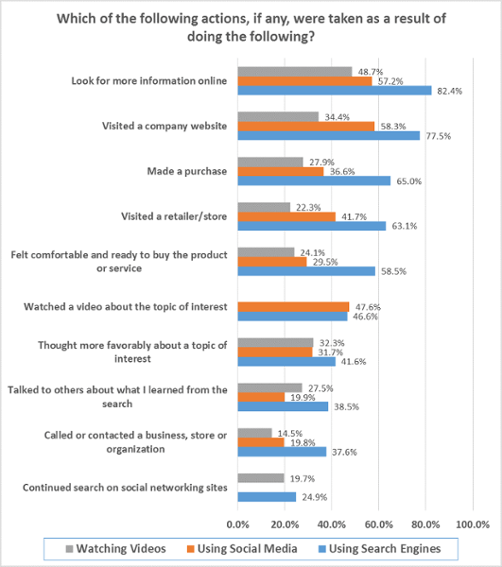 Using search engines to reach boomers takes a number of forms. The simplest is PPC advertising. Effective search engine marketing also involves Search Engine Optimization (SEO) and content (inbound) marketing. There is no substitute for providing content that meets boomers’ need for information in an interesting, relevant and timely way.